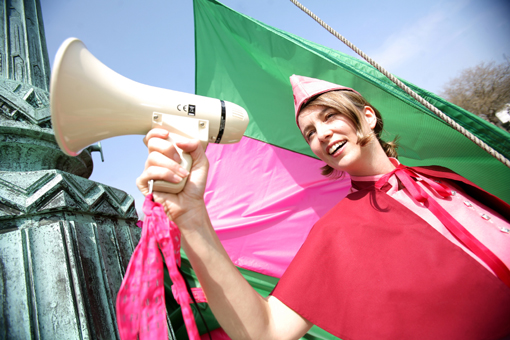 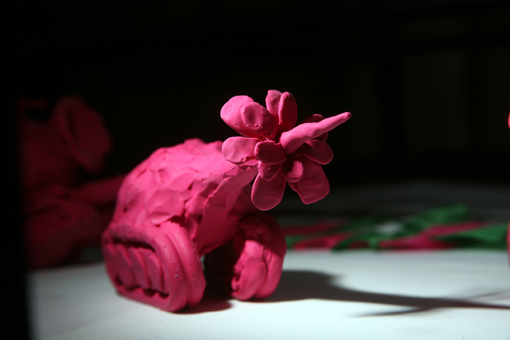 Siege Weapons of Love
Guildhall & Rotunda
‘Siege Weapons of Love’ is the latest development in Walker and Bromwich’s ‘Friendly Frontier Peace Campaign’; a campaign that celebrates love through bizarre and romantic acts.
For Walker and Bromwich, Brangwyn’s brilliantly coloured Empire Panels, housed in Swansea’s Brangwyn Hall, provided an aesthetic and conceptual starting point, and the duo have created a new flag which will be raised on the flag pole outside the Guildhall in a public ceremony. They have also made models which graft together flowers and weaponry to create poetic hybrid objects that talk of love not war.

Take part and write your own lines for the Tawe Mega Poem, a LOCWS International production for Dylan Thomas 100.